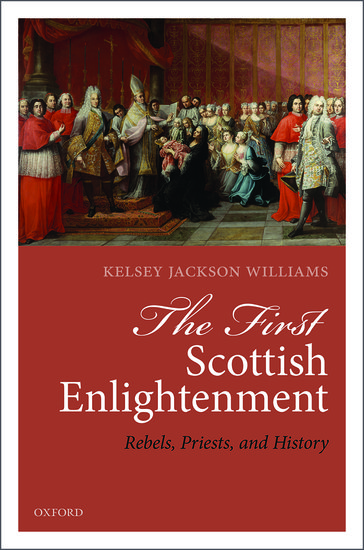 Purchasing a book is, as we all know, very different from reading it.  Too often, however, book historians are forced to rely on our knowledge of what books were purchased in the face of an absence of evidence of what books were actually read.  This is one of the reasons I find the Books and Borrowing, 1750-1830 project quite so exciting.  While it’s also true that borrowing a book from a library isn’t the same as reading it – as I can attest only too well – it’s still a significant step closer in terms of seeing which books were being actively engaged with by Scotland’s reading community.

Why might I find this so intriguing?  Earlier this year my The First Scottish Enlightenment: Rebels, Priests, and History (Oxford University Press, 2020) finally saw the light of day, just in time for libraries to freeze their purchasing budgets due to Covid.  That disappointment aside, the argument it makes is one of many that can be tested and refined by this project.  I’ve suggested that Scotland witnessed an important moment of “early Enlightenment” from the 1680s through the 1740s and that this was defined by the publication and reception of books principally on historical and antiquarian topics.  In the final chapter I use data gathered from several dozen subscription lists to show how individuals across Scotland paid often substantial sums of money to “subscribe” to books like this, i.e., to “pre-order”, if you will, and thus fund the publication of a book otherwise too risky to be touched by traditional publishers.

The data gathered from these subscription lists showed that an immensely wide range of people from across society and across the country subscribed for scholarly books during the early Enlightenment.  The expected lords, advocates, doctors, and academics were there, but so were Stewart Abercromby, “picture-drawer”, William Carruthers, “apothecary surgeon”, William Fleming, “Brewar in the Canongate”, Robert Hamilton, “wine-merchant”, Betty Arbuthnot from rural Kincardineshire, and many others.  Using this data I developed an argument for the extent to which early Enlightenment thought spread across Scotland from its epicentre in the intellectual ferment of the north-east.

But, as I said at the beginning of this post, buying, or subscribing for, a book is very different from reading it and I’m excited to see whether the books I’ve identified as central to the thought of this period – works such as George Mackenzie’s Lives and Characters of the Most Eminent Writers, Patrick Abercromby’s Martial Atchievements, and Robert Keith’s History of the Affairs of Church and State in Scotland – enjoyed the same popularity amongst the borrowers identified here as they seem to have done amongst the more narrow circle of subscribers.  Books and Borrowing will offer an invaluable addition, almost certainly an invaluable corrective, to our understanding of books and reading in Enlightenment Scotland.