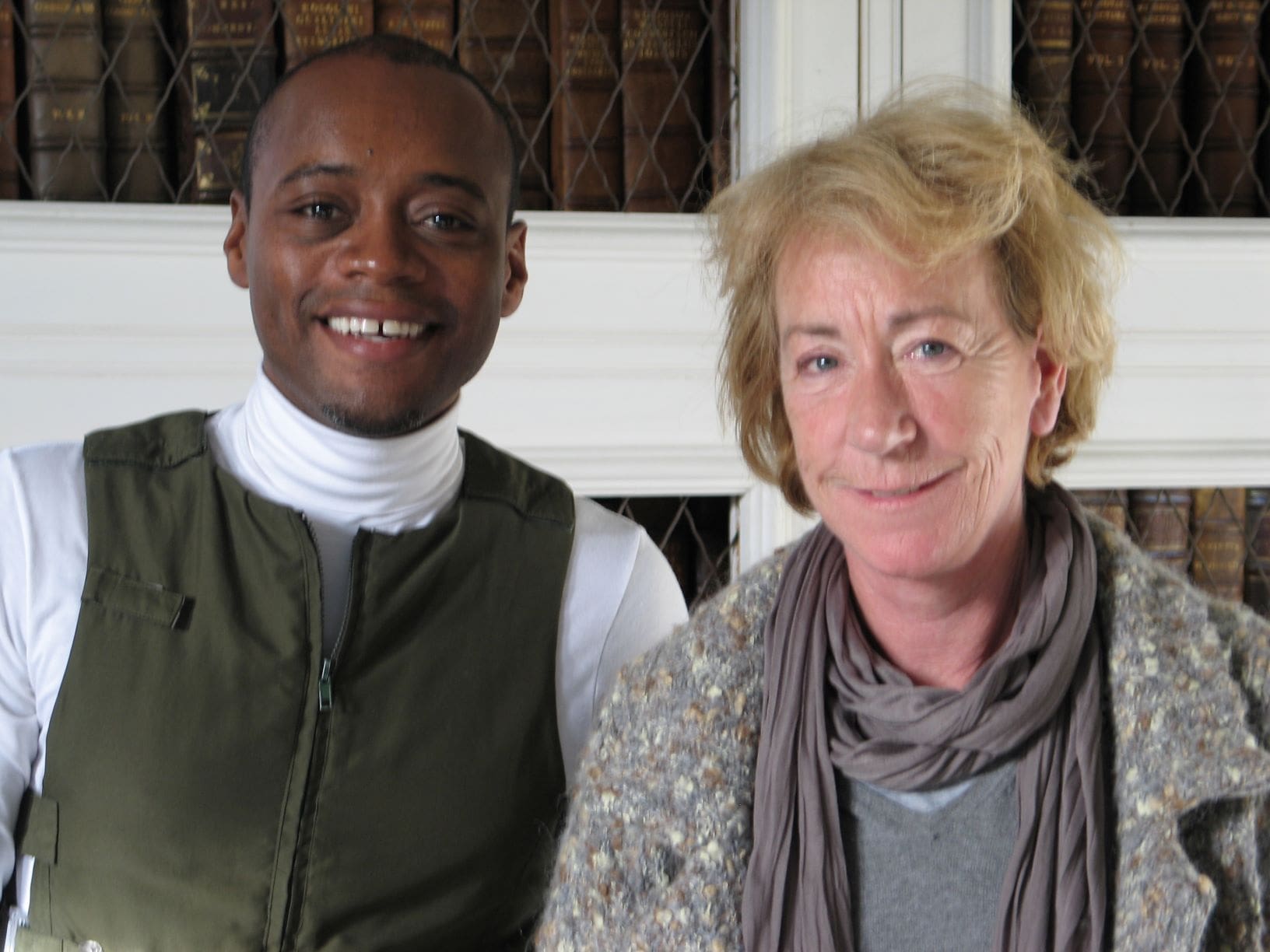 I’d been enchanted with Innerpeffray for a long time, Scotland’s first public lending library set on a bend of the river Earn. It epitomises Scotland’s Enlightenment, and a belief in the power of books to democratise, to illuminate the spirit, and it proved ‘the urge for education amongst the lowliest of country folk’. I’d run a couple of creative writing workshops there but wanted to write something set there, though I hadn’t thought of it at first as a radio play.

It chimed though, with a visit to Kenya in early 2009. I’d been intending to go the previous year but was prevented by the post-election violence which ravaged the country, leaving over 1,000 dead and thousands displaced. I was going there to visit friend and PEN colleague Philo Ikonya, who had stood in that election. Several things became apparent as I visited various towns and villages with her and talked to people. They included a burning desire for peace, political freedom, and tolerance; and a hunger for books and reading which by and large remained un-met. We visited Kisumu, in the west of Kenya, and ‘Obama’s’ nearby village Kogelo, at the time of his inauguration. We had hoped to sell the book which Philo had written for children about Obama’s Kenyan origins. We spent the inauguration day surrounded by children, and often adults, devouring the pages of the book. But in truth it was unthinkable for any of these ‘country folk’ to buy a copy, or even get access to one to borrow, a situation reflected all over sub-Saharan Africa where books are so precious they might be wrapped in plastic and kept on a shelf rather than read.

And so, the parallels began to form in my mind. Along with them came the character and voice of a young enthusiastic Kenyan librarian from the Kisumu area, who is exploring British libraries on a study visit with Book Aid International, and becomes enchanted himself by Innerpeffray. This enchantment, coupled with his fear of the forthcoming election in 2012 at home, fuel a reluctance to leave. When he sees a woman – Elspeth, a widow from a nearby farm – crossing the river to the library at a ford used by the library’s past borrowers, he is reminded of journeys on foot at home, and begins to entice her into books herself. But he is dealing with an antiquarian book collection kept largely behind glass, and so hangs the story…

It was a great joy and privilege to record on location – hearing the gasp from the actors as they walked into the high-ceilinged room lined with leather bound books that I had tried to conjure with words. And as ever, it’s a fantastic learning experience as a writer to hear how actors interpret your words – the nuance provided by a question mark; the trip-up of unnatural speech; the finding of humour or pathos where you had not seen it yourself.

The Lamp (https://www.bbc.co.uk/programmes/b0184s2s), first broadcast in 2011 and repeated in 2014, and what a joy it was when the play was staged AT Innerpeffray for the Association of Independent Libraries conference in 2018! The play coincided with a time of great concern for access to libraries here. Meanwhile in Kenya, efforts are being made to broaden access to books through the mobile libraries (including bicycle and camel-driven) of the Kenya National Libraries Service. Especially in the conflict-ridden Rift Valley, some libraries are being cultivated as places which can provide a civilised and tolerant meeting place for people on opposing sides in the 2008 troubles.

I’m delighted to be associated with this project and to be running creative writing workshops in association with Kirkwall Library and Archives next year. As I’m now writing a book about my Devonshire seafaring ancestors, whose ships included one built in and purchased from Stromness, perhaps we’ll be thinking about the kind of reading we might choose to take to sea. And who knows, maybe there’ll be another play in it!