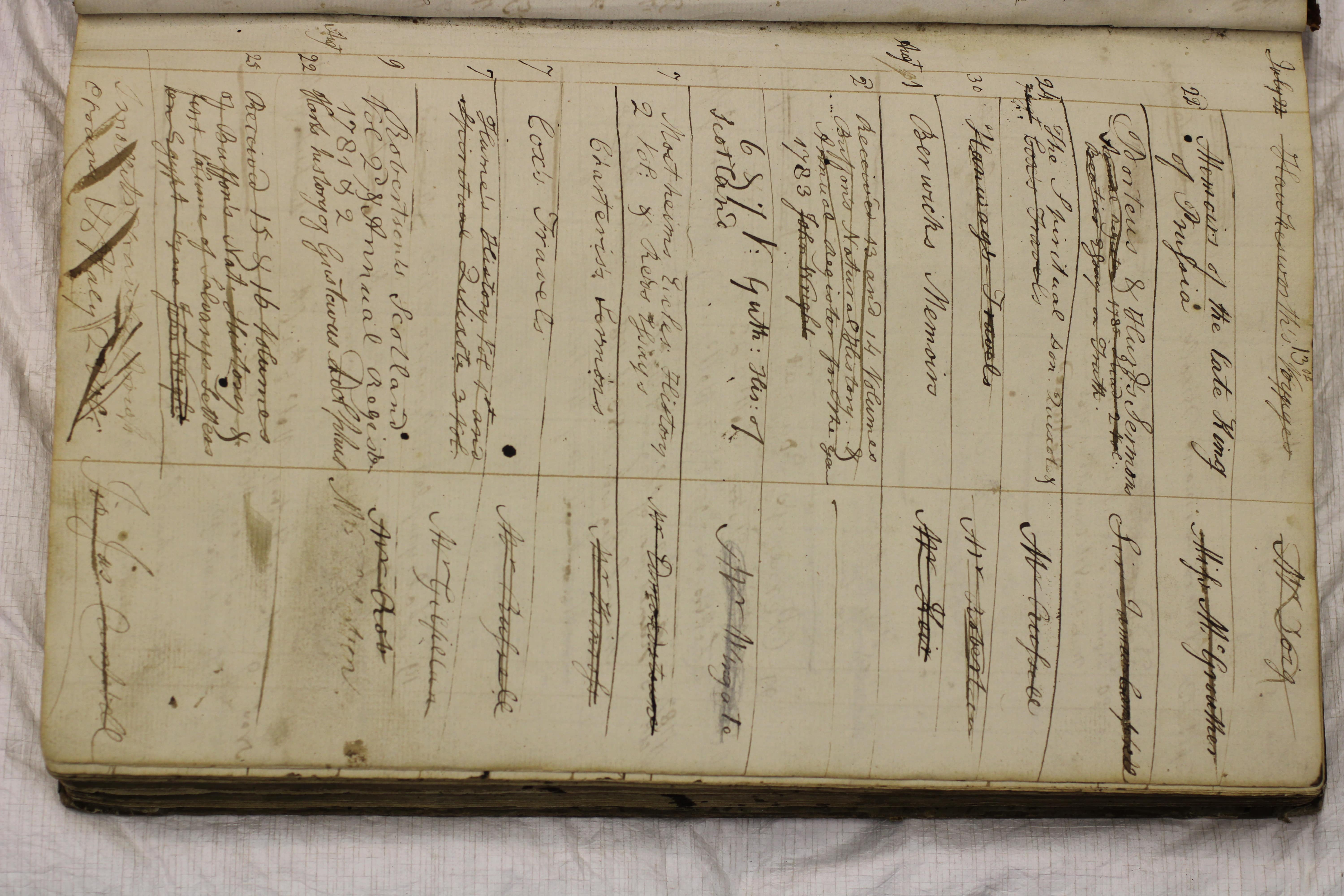 Just before Christmas, I wrote the second of the project’s progress reports, designed to bring the members of our Advisory Board up to date with how we have been doing. I’d like to take this opportunity to thank every member of our board – Prof. Jennie Batchelor; Dr Robert Betteridge; Dr John Crawford; D. Alexander Dick; Prof. Jon Mee; Prof. Jonathan Rose; Ms Jane Slinn; Prof. Claire Squires; Prof. Bronwen Thomas; Prof. Mark Towsey; Prof Neil Keeble and Dr Jill Dye – for their help, support and advice. Their input has reminded me of the extraordinary generosity of the scholarly community, and the immense value of shared intellectual endeavours. Often the academic world is portrayed as a Hobbesian world of competition –bellum omnium contra omnes – but I wanted here to pay tribute to the ways in which so many people (not just those on our Advisory Board!) have given generously of their time, intellectual expertise, and scholarship to help us. Thank you all.

It was good to have the chance to reflect on our progress. As I said in my report, despite all the challenges of a year like no other, the ‘Books and Borrowing, 1750-1830: An Analysis of Scottish Borrowers’ Registers’ project has been forging ahead, thanks largely to the efforts of the wonderful team members.

In the 6 months since the ‘Books and Borrowing’ project officially began (1 June 2020 to present), the core project team remains the same. Regular readers of our blogs will know that we have also been joined by two PhD students, Isla Macfarlane and Josh Smith, both based at Stirling. Isla is funded by the University of Stirling, and Josh by the Scottish Graduate School of the Arts and Humanities (SGSAH). They both began the PhD programme on 1 October 2020.

This website, https://borrowing.stir.ac.uk/, designed by Brian Aitken, with input from the project team, has been live since the beginning of July. In addition to key details about the project, the project team and our partners, it also has a News page, on which we blog weekly about research findings and other project matters. These are also reported on Twitter. Our Content Management System is in place, and has now been substantially tested and refined. We will make very minor further tweaks to it in the new year, but we do not anticipate any major further changes.

It was particularly exciting to note that we have met our first official milestone, which was to have entered, standardised and normalised 25,000 records of borrowing by our 6-monthly review. In fact, we have entered almost double this number of records, but the remaining c. 25,000 still need to be standardised and normalised. These records come from the following partner libraries:

Since beginning the project, we have added three new libraries to our original thirteen, in an attempt to diversify both the demographic and geographical spreads represented in our data, and to try to ensure that as many different types of libraries are included. These ‘new’ libraries are Westerkirk Library, Craigston Castle Library, and the Hunterian Museum Library. Research Fellow Gerry McKeever also discovered a new set of registers relating to the Wigtown Subscription Library, which, to our knowledge, were previously unexplored, so we are adding those to our existing pilot data from Wigtown, which was kindly donated by Mark Towsey. We are hoping also to be able to include a brief run of records from the Chambers Circulating Library, Edinburgh, but they are in need of conservation, so we are currently in discussions with partners at the National Library of Scotland to see whether we might be able to raise additional funding for this conservation work, and we are also hoping to raise money for conservation work on some of the Advocates Library registers, one of the Edinburgh University Library ledgers, and one of the St Andrews University Library receipt books.

Despite the limitations imposed on our movements by restrictions relating to Covid-19, we have managed a limited number of archival trips which have allowed us to digitise the records of the Leighton Library, Westerkirk Library, and the new records at Wigtown Subscription Library, as well as to carry out an initial review of the Chambers records, the Advocates records and the Edinburgh University Library records. Photographs of digitised records are all now up on our shared Teams site, hosted at Stirling.

We are currently considering how to prioritise our data entry in very lengthy runs of records (these exist at St Andrews University Library, Edinburgh University Library and the Advocates Library). Because of the addition of the new libraries, we need to do some re-balancing, and this was one of the questions on which our Advisory Board members have been extremely helpful. Our current principles of prioritisation are that we wish to enter records from every one of our partner libraries, and that we wish to ensure coverage across the entire period covered (1750-1830). Beyond that, we will probably aim to focus the remainder of our efforts on periods that seem particularly fruitful in answering our key research questions.

Our major research outputs thus far are the database itself, and the blogs on our website (https://borrowing.stir.ac.uk/project-news/), of which there are, at time of writing, 27. All members of the project team are also working on conference papers as well as on preliminary research for articles that are due to be written in Years 2 and 3 of the project.

It’s also worth highlighting the production of the resource Eighteenth-Century Borrowing from the University of Glasgow (https://18c-borrowing.glasgow.ac.uk/). Created by Matthew Sangster, Kit Baston and Brian Aitken, and deriving from one of the pilot projects that gave rise to ‘Books and Borrowing’, this online resource allows users to search the Glasgow student records, and provides an ‘at a glance’ view of the most popular books and authors across those records via its ‘Frequency lists’ tab. We plan to use a similar interface for our own resource, in the fullness of time.

Looking back on 2020, then, we seem to have done quite a lot! We hope to be able to report on some more research findings over the next weeks and months.