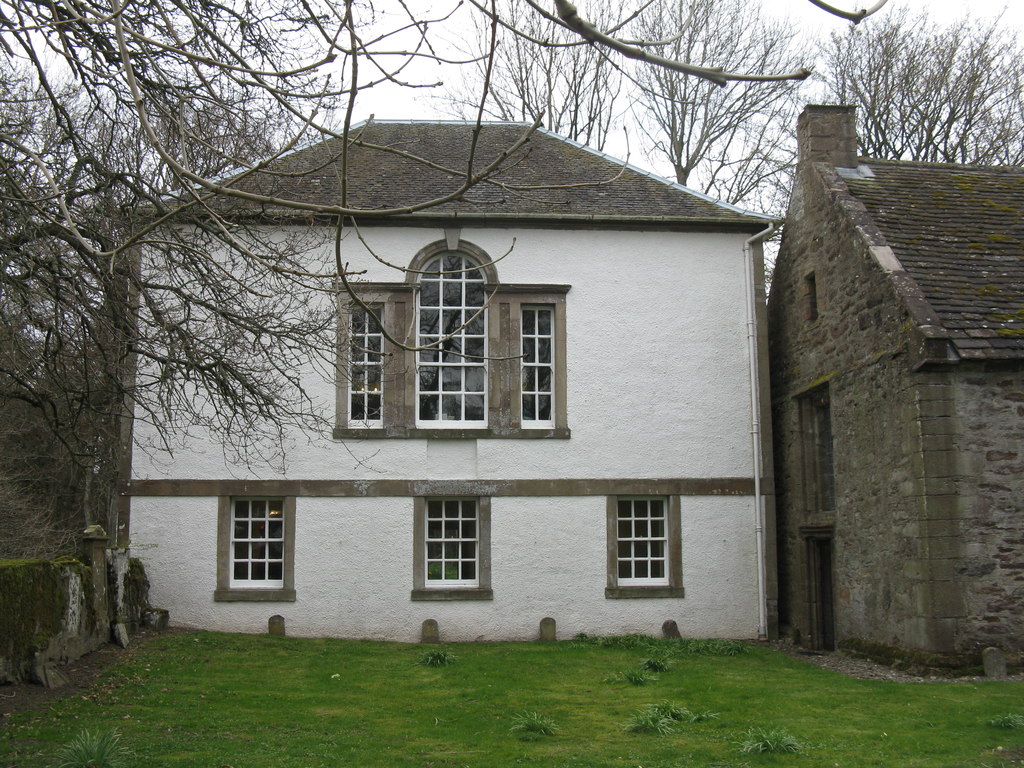 On Saturday 22nd May we held the first of several project events intended to bring our work with Scotland’s historical borrowing records to a wider public. Entitled Library Lives: Books, Borrowing and Beyond, the event was co-hosted by our project partners at Innerpeffray Library, and offered two hours of short talks and live research on borrowers’ registers and the people and books that appear in them. This event had originally been conceived as a hands-on workshop, where participants would be able to get up-close with Innerpeffray’s fantastic collection of books and borrowing records. At the beginning of this year however, with coronavirus cases surging and uncertainty over how long restrictions would last, we decided to replan Library Lives as an online event.

We began with a virtual welcome to the library from Lara Haggerty, Innerpeffray’s 31st Keeper of Books, and as demonstrated throughout the event, a font of knowledge about the library’s books and borrowers. Our very own Katie Halsey followed with an introduction to the Books and Borrowing project, and some vital background on the different types of library operating in Scotland in the period 1750-1830. We were then lucky enough to be joined by Dr Jill Dye, whose 2018 PhD thesis on Innerpeffray is a touchstone for our project, and anyone working on Scottish libraries and their users in the long-eighteenth century. Jill took us through the form, purpose, and potential of library borrowing records, showing us the forms they exist in why, and how to start tracing the people and books they mention, both within library records themselves, and in a broader range of contexts and sources.

Next we heard from Marian Gerry,  a Volunteer and Trustee at Innerpeffray, who addressed the topic of education and literacy in Innerpeffray’s locale during the early-nineteenth century. As well as providing some rich and very useful social and cultural context for our interpretation of how Innerpeffray was used in this period, Marian’s talk provided a showcase for the kind of research made possible by the existence of borrowing records, demonstrating how the library was woven into the social and educational fabric of the area through the borrowings of schoolmasters.

Isla Macfarlane, one of the two doctoral researchers attached to the Books and Borrowing project, took us beyond the borrowing records, to look at another of Innerpeffray’s rich historical sources: its Visitor Books. Isla gave us another great example of research in action, by tracing a repeat visitor, Alex Thom, and the processes she had followed to identify Thom outside the Visitor Books themselves. I finished the first half of the event by talking about my work with Westerkirk Library and its borrowing records. I wanted to highlight the ways in which Westerkirk’s founding intentions and organisational structures were unlike those at Innerpeffray, resulting in a different form of borrowing record, and to use Westerkirk as an example of one of the other types of lending library that operated in Scotland during our period.

The second half of the event was based around a live research activity which Lara had catchily titled ‘Challenge the Keeper’. In this session we asked our participants to put Lara on the spot by requesting particular surnames and book titles for her to hunt down in the Borrowers’ Register. Lara was ably assisted by two of Innerpeffray’s volunteers, Gillean and Robert, and it was a joy to watch Lara appear holding the very books mentioned in eighteenth-century borrowing records. Meanwhile, Books and Borrowing team member Kit Baston answered quite a few queries using information already in our project database.

As it went on, ‘Challenge the Keeper’ began to inspire some really interesting questions from our participants: about borrowing trends; the popularity of poetry versus other forms, and the ratio of female to male borrowers in the records. Encouragingly, these are just the types of question the Books and Borrowing Project hopes to able to answer by bringing together the records of multiple historic libraries in our database. At the same time, the Innerpeffray team’s impressive familiarity with their library’s collection and its historical users really brought home to me the irreplaceable nature of the hands-on understanding that comes from working with physical sources. Covid-permitting, this is something we want to make more of in future workshops, but I hope we were able to give people at least a taste with this event.