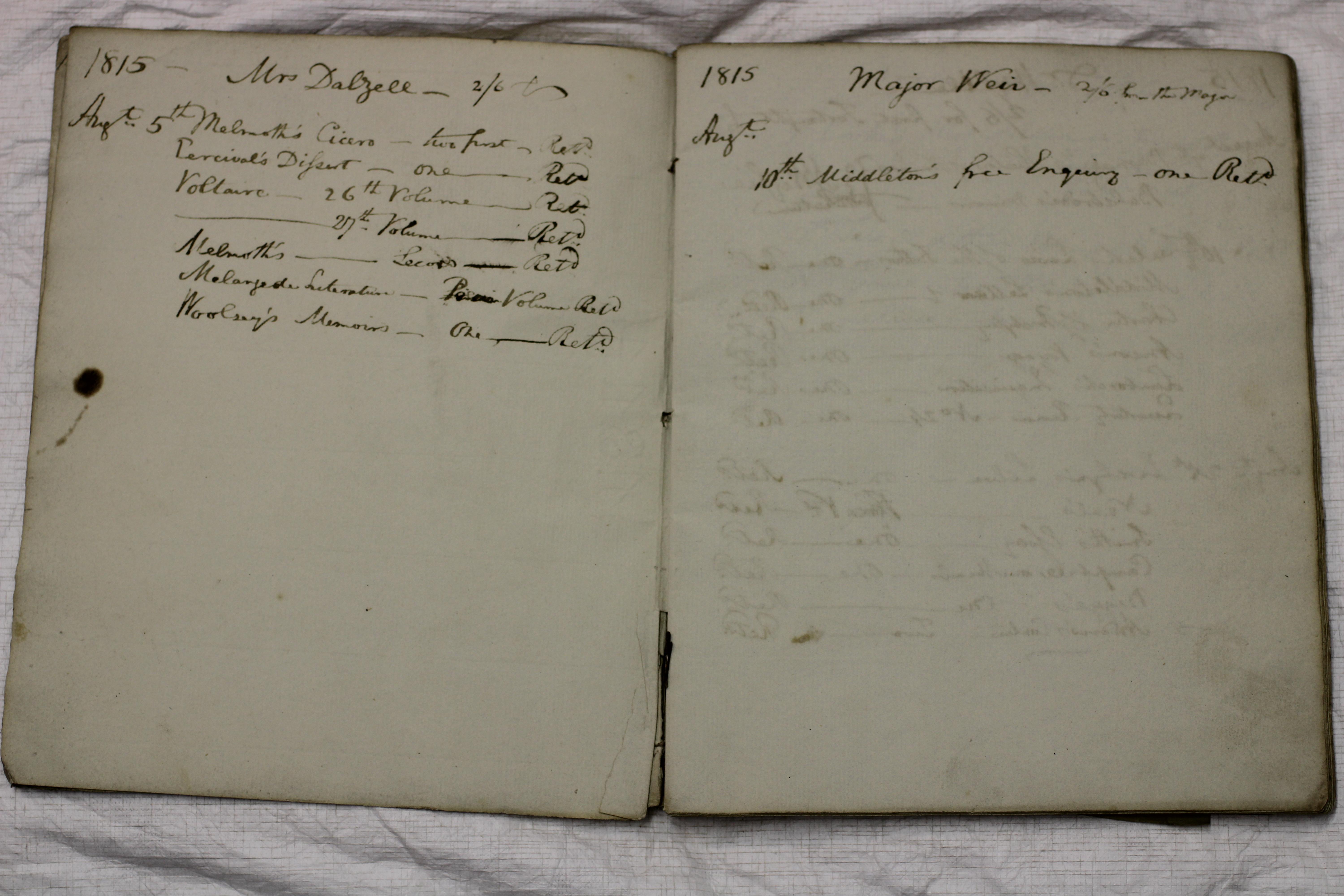 Today is International Women’s Day, and so I have been reflecting on the women in our records. I thought I would begin with a famous passage from Virginia Woolf’s A Room of One’s Own, in which the speaker is barred from entering a library in one of the ‘Oxbridge’ colleges:

[H]ere I was actually at the door which leads into the library itself. I must have opened it, for instantly there issued, like a guardian angel barring the way with a flutter of black gown instead of white wings, a deprecating, silvery, kindly gentleman, who regretted in a low voice as he waved me back that ladies are only admitted to the library if accompanied by a Fellow of the College or furnished with a letter of introduction.

That a famous library has been cursed by a woman is a matter of complete indifference to a famous library. Venerable and calm, with all its treasures safe locked within its breast, it sleeps complacently and will, so far as I am concerned, so sleep for ever. Never will I wake those echoes, never will I ask for that hospitality again, I vowed as I descended the steps in anger.

Woolf was, of course, not alone in being kept out of  the ‘famous libraries’ to which she refers (women were first admitted to Cambridge University in 1869, but they were not allowed to take degrees until 1948; at Oxford they were first admitted in the late 1870s, and allowed to take degrees from 1920). Thankfully, elsewhere, women were somewhat luckier.

The libraries studied in our project seem, overall, to have taken a somewhat more generous approach to allowing women through their hallowed gates than Woolf’s ‘Oxbridge’ example. Even at our university libraries, we find some evidence of women borrowers. At Glasgow University Library, for example, Mrs Jardine borrowed Georgina, or Memoirs of the Bellmour Family (London, 1787) on 1 Feb 1788, keeping it until 12 March 1788. Mrs Jardine was born Janet Lindsay, and married George Jardine in 1776. Her husband borrowed frequently from both Glasgow University Library and the Hunterian Museum, but we have only found her in our records once, leading us to conjecture that she had normally had access to books elsewhere, and made use of her husband’s borrowing rights on this particular occasion.

At Edinburgh University Library, we find traces of a Miss Bruce. Margaret Stuart Bruce was the niece of Professor John Bruce, and the illegitimate daughter of his brother. Prof. Bruce took her in in 1797 when her father died, and she became his heir. Margaret borrowed Chesterfield’s Letters to his Son (1774), Samuel Johnson’s edition of Shakespeare’s Plays (1765), Hugh Blair’s Sermons (1777-1801).

Records of women borrowing from our institutional libraries are relatively rare, and, thus far at least, confined to the families and connections of professors of the universities in question, but we are hoping to find more as the project continues. And it is undeniable that across our other types of libraries, we do find some quite substantial evidence that women were borrowing the books and making use of them.

At Innerpeffray Library, for example, in the period between 1747 and 1855, 53 women borrowed 154 times. As Jill Dye notes, this constitutes a total of 5% of users, and 2% of borrowings.[1] Occasionally, the records note that a man is borrowing on behalf of his wife, as in the case of Alexander Lawson, who twice borrowed books for his wife, named only as Mrs Lawson. He borrowed Thomas Rutherford’s An Essay on the Nature and Obligations of Virtue on 17 May of 1814, and the first volume of Thomas Pennant’s A Tour in Scotland in December of that year for her.

More often, however, the women borrow in person, and in their own names – two of the earliest recorded borrowers from Innerpeffray are Beatrice Faichney, who borrowed John Brown’s Christ, the Way, and the Truth, and the Life (1677) on 27th August 1747, and Janet Cooper, who borrowed Edward Pearse’s Mr Pearse’s Last Legacy: Two Discourses (1687) on 12th September 1747.

At the Leighton Library, perhaps unsurprising the majority of female borrowers that we have unearthed from the records so far are in the ‘Water Drinkers’ register – that is, the register that recorded the borrowings of visitors to the spa town, who paid an extra fee to borrow from the library on a temporary basis. Female borrowers in this register include Mrs Dalzell (the first person to be entered into the Water Drinkers’ Register), Miss Dalgleish, Miss Kelly, Miss Gourlay, Mrs Walker, Mrs McLure, Miss Walker, Mrs MacKell, Miss Ogg, Mrs MacKay, Mrs Cleghorn, Mrs Jamieson, Mrs Brown, Miss Davidson, Mrs Stevens, Miss Hepburn, Miss Millar, Mrs Low, Miss MacMillan, Miss Patterson, Mrs Westgarth, Mrs Fletcher, Mrs Ewing, Mrs Houldsworth, and Miss Mathie. We have not yet begun our identifications of these borrowers, but are looking forward to finding out more about them!

We will continue the theme of women in our libraries in next week’s blog, and for the remainder of Women’s History Month.