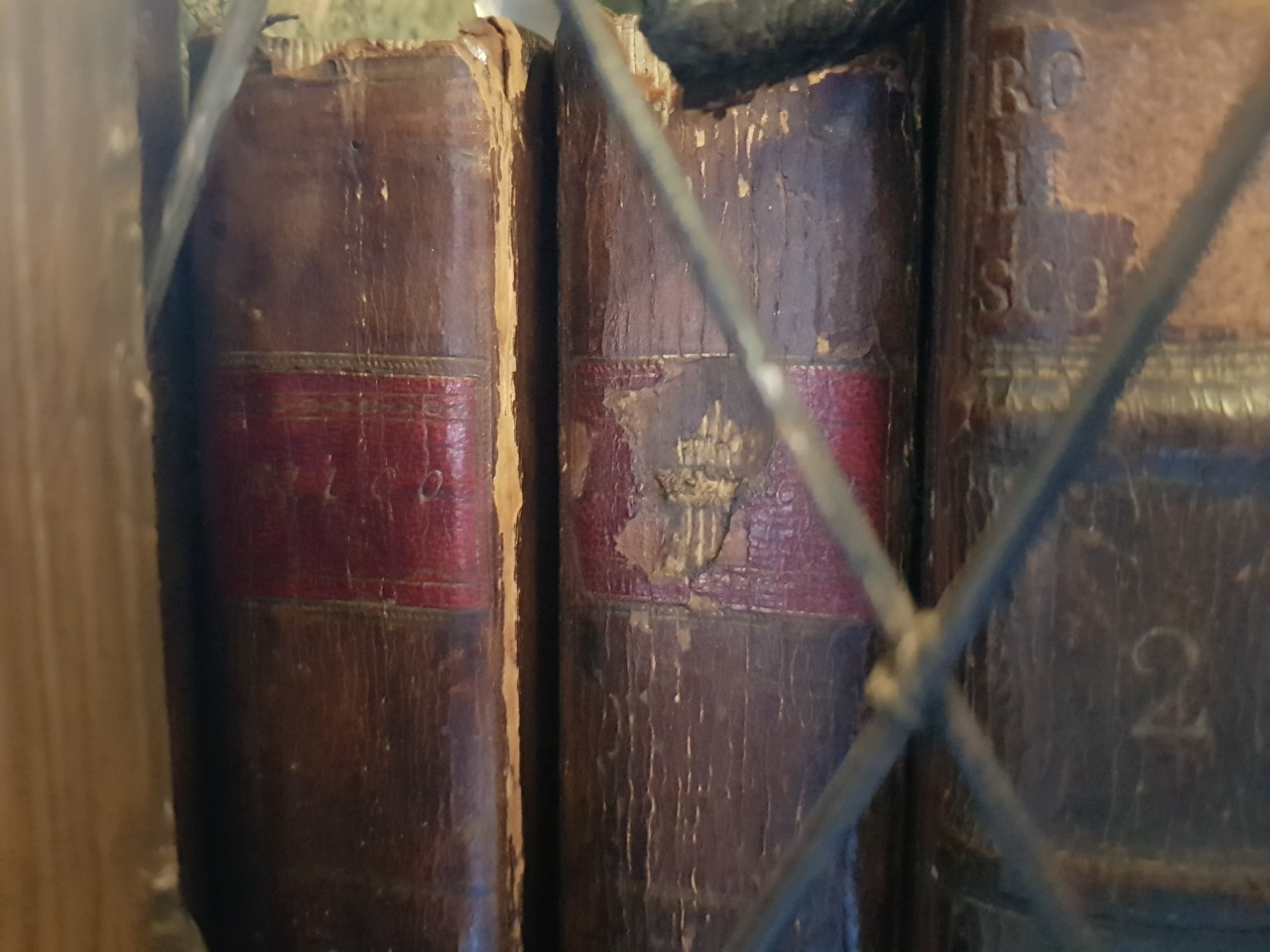 My principal interest is in finding evidence of increased accessibility (or not!) of books to the labouring classes. While throughout the seventeenth and eighteenth centuries, ‘libraries were the preserve of the élite’,[1] at the end of the eighteenth century, libraries reputedly started to became more accessible to the wider public, leading to the passing of the Public Libraries Act in 1850.[2] The vast array of occupations represented in the libraries’ borrowing records will allow me to assess whether this was actually the case, and I’m looking forward to learning about the borrowers and their libraries’ local histories as I do so!

My first role with Books and Borrowing was to transcribe the Leighton Library’s Water Drinkers’ Register and enter its data into the Books and Borrowing Content Management System. Introduced by Katie Halsey, the project’s Principal Investigator, in a previous blog post, the Water Drinkers were visitors to Dunblane, the home of the Leighton Library, following the discovery of mineral springs near the town. The Water Drinkers’ Register records the book loans of these visitors, who paid 2s, and 6d. per fortnight to borrow books, providing a source of income for the library. Last week I completed inputting the data into the system, and I’m now pleased to share a list of the Water Drinkers’ ten most borrowed books!

It is contended that The Leighton Library’s most borrowed book is John Moore’s 1789 Gothic novel Zeluco: Various Views of Human Nature, Taken from Life and Manners, Foreign and Domestic.[3] The physical condition of the Leighton’s copy of Zeluco, which looks like it has been read to death (literally!), certainly suggests that this claim is valid, but advisory board-member Jill Dye notes that it has never actually been verified.[4] Although it is important to highlight that the Water Drinkers’ Register is only one of two Leighton manuscripts being transcribed by the Books and Borrowing project, and so is only an indication of the Leighton’s overall borrowing trends, I was excited to be the first person to produce a quantitative verification!

The book in second position, ‘Moore’s Travels/Moore’s,’ further complicates the rankings. As nigh-on all of the entries in the register are written with abbreviated titles, it is sometimes difficult to identify which book was borrowed with absolute certainty. ‘Moore’s Travels’ and ‘Moore’s’ epitomise this problem: ‘Moore’s Travels’ could be one of two books, A View of Society and Manners in France, Switzerland, and Germany (1780) or A View of Society and Manners in Italy (1781), both by John Moore, and when just ‘Moore’s’ is written, Zeluco also becomes a possibility. This ambiguity frustratingly has consequences for the top three books. The number of times Moore was borrowed (47) is likely divided between each of the possible books, and so ‘Moore’s Travels/Moore’s’ would not be in second position, although one or both of his travel books would probably still be in the top ten. Further, if just seven ‘Moore’s’ refer to Zeluco, it would overtake The New Annual Register as the most borrowed book. In other words, knowing precisely which books the librarian was referring to would produce a completely altered top ten to the one I assembled from the data.

Nevertheless, these rankings reveal much about reading habits and interests from 1815 to 1833. We do not need to know which of his books were borrowed to know that John Moore was clearly a favoured author. The seventh volume of The Statistical Account of Scotland, borrowed 19 times by the Water Drinkers, contains a chapter on Dunblane (and a nice summary of the Leighton’s history), supporting Katie’s hypothesis, which she notes in a previous blog post, that readers were particularly interested in the local area. Positions six and eight to ten are all held by travel books. An analysis of borrowed genres will take place later in the project, but it already seems that readers were overwhelmingly interested in travel books; indeed, the next few most borrowed books, which did not make the top ten, were also travel books, with many borrowed ten or eleven times by the Water Drinkers. Comparatively few novels were frequently borrowed. The only novels to make it into the top ten were Zeluco, Charles Johnstone’s Chrysal: or, The Adventures of a Guinea (1785), and those in The Works of Dr Jonathan Swift (1757). The Leighton contains ‘very few novels,’ [5] and so these rankings are perhaps more reflective of the Leighton’s inability to meet public demand for novels than of the public’s lack of interest in the literary form.

I’m really looking forward to seeing if these results are consistent across provincial Scotland as I undertake a comparison with other libraries to produce a picture of national reading trends. I feel incredibly fortunate to be participating in such pivotal research and to be part of such a lovely team. More of my findings will be shared in blog posts in the next couple of months – so keep an eye out for some exciting updates!